My top 10 favourite binge watches for this quarantine

Photo by Andrea Piacquadio from Pexels

Since the quarantine life has given us ample of extra time to invest in knowing and watching new things over internet. And, a lot of us have kind of picked up something or the other to handle the outbursts of the lockdown. Since having little fun, is an important aspect of life and for obvious reasons we all need it. Sometimes watching something soothing, adventurous, crime comedy and emotional series can make you feel little light and less anxious. So, these days I have been seeing a lot of posts like “suggest me something to watch” and in fact I was also going to post something similar on my social feed a few days back. And, that's why I thought to create a list of my favorites here for your reference. Based on the existing suggestions, I have curated and added these few master pieces on my binge watching list:

1. Money Heist (Finished) : Netflix : If you literally want to feel everything in a series, this is it. This series was something, I am really attached to now. I finished it in 5 days. Stayed up whole night to finish of the beautiful episodes of this masterpiece on Netflix. It’s a Spanish heist crime drama which doesn’t fail to keep you engrossed and touched with the series whole time. Won’t display the reviews and storyline related stuff here due to spoiler.

2. Upload (Finished) : Prime Video : Looking to touch base on Artificial Intelligence, Augmented Reality, the impact and possibilities of it on future? Well this is the series to hit if you want to indulge into something like this. Just one season as of now, but beautifully crafted by Prime originals.

3. Panchayat (Finished) : Prime Video : This was referred by my brother while we were deciding on lunch like what to watch today. And we landed at prime for this one. You won’t believe, we had decided to watch this series everyday during lunch time but I couldn’t resist binge watching this whole emotion in just 2 days. It’s a really nice series if you want to watch something original in this world of cut, copy, paste and edit. It was very soothing since I was able to relate a few things very well. Also, if you have stayed in a village specially in UP, You would love this series. Like it’s rightly said, the soul is where your village is! And you can literally feel that in this series.

5. You (Finished) : Netflix : Believe in true love? That means if I am giving 100%, dude I need it back totally! I know the guy is very creepy in the series but that’s the crust of this whole crime psychopath series. It has well portrayed how sometimes doing bad things for right reasons doesn’t feel bad.

6. Modern Family (Finished) : Netflix : Though I watched this series before quarantine, but I am keeping it here in case if you haven’t watched it yet. It’s one of my most favourite series on television till now. I just love all the characters in this comedy drama. Well answering to, how we watched this whole series with 11 seasons in just one month? So, well it was our dinner routine before lockdown and everything over the weekends! Also our travels were never complete without watching a few of the episodes of modern family in trains/flights/guest houses. So now you know the level of my love for modern family.

7. Unorthodox (Yet to watch) : Netflix : Have heard its good, not sure as of now.

8. Brooklyn Nine Nine (Watching) : Netflix : Well, this one is a nice crime comedy, if you want to watch something light and don’t want to get overwhelmed with 4:00 AM thoughts while sleeping. It’s light, comedy, good to handle two episodes a day! We watch it in lunch and dinner time.

9. Parasite movie (Oscar won) : Netflix : This is the best movie I have watched in last two years. Again why I am saying it’s best not because it’s oscar nominated, it’s because it’s a reality. And, a harsh reality which needs to be shown to people.

10. And well some of the movies/documentaries you can watch whole night back to back if you want to watch something short and soothing. These are 14 minutes from earth, Space between us, Surya Ganga, American Factory.

Hope these suggestions keep you busy on Netflix and Prime. Would be happy to hear your suggestions and inputs :)

Things to know before your next cloud sales or marketing interview

Influencer Marketing - Is it really a game changer in marketing?

And we are official as "StunM"

Things to know before your next cloud sales or marketing interview

Influencer Marketing - Is it really a game changer in marketing?

And we are official as "StunM"

My top 10 favourite binge watches for this quarantine

Meghalaya - A gem abode of clouds

Coronavirus impact on us and our nature 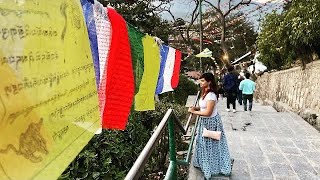 Kathmandu in one day